Salesian Class of 2013 students selected in the 2018 NFL Draft 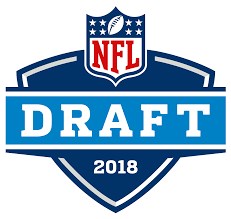 Salesian High School classmates Christopher Gonzalez '13 and Jermaine Kelly '13 are the first grads in the school’s history to be selected in the NFL Draft.

Mustang classmates (2013) Chris Gonzalez and Jermaine Kelly are both heading to NFL training camps after finishing up stellar collegiate careers at San Jose State.  Kelly was a 7th round draft selection of the Houston Texans, while Gonzalez signed a free agent contract with the Minnesota Vikings.  Both players will report to training camp and fight for spots on their respective team's permanent roster.  While at Salesian, Jermaine and Chris were well liked and respected by their classmates, faculty, and coaches for their kindness, work ethic, humility, and commitment to achieve.  The Salesian Family wishes our Mustang brothers the best of luck as they pursue their NFL dreams.