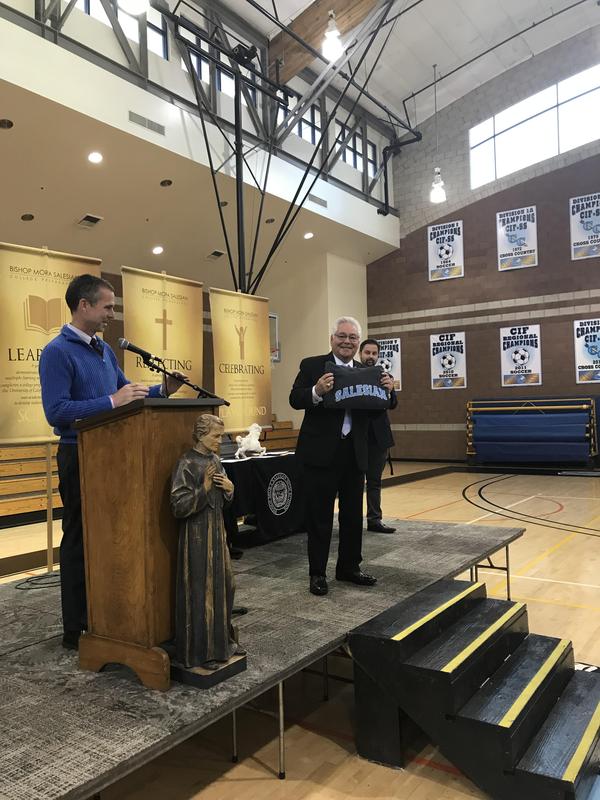 On Friday, December 14th, Salesian High School welcomed back to campus, newly elected California State Senator Bob Archuleta to speak to our students as part of our Family Friday town hall discussion. Senator Archuleta was elected to the California State Senate during the last election cycle and becomes the first graduate of Salesian to hold the office of State Senate.  During his convocation, he urged the students to remember their brotherhood long after they graduate from Salesian. He also encouraged the young men to return the investment that the school has offered in the form of public service and continued higher education to be change-agents of good in society.